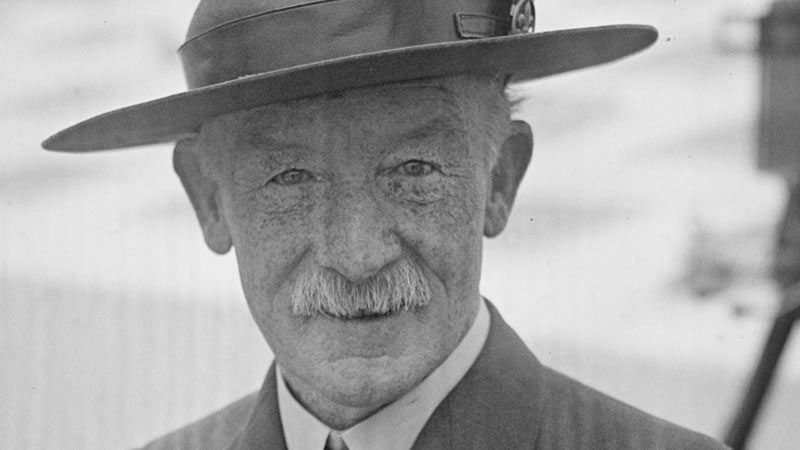 Sir Robert Stephenson Smyth Baden-Powell, Lord of Gilwell, His life led the adventurous and nature-loving young man through the Charterhouse School to the Sandhurst Military Academy after failing a previous entrance examination at Oxford College. After stays in India, South Africa, Malta, the Balkans and Matabele country in military service, he received high honours - and one must also say: hero status - in the second Boer War by the unusual and successful tactics in the defense of the city of Mafeking. For this he was promoted to the youngest Major General of the British Army.

His book "Aids for Scouting", a training manual for army scouts, was written immediately before, and was unexpectedly distributed among children and adolescents. This encouraged B. P. to rewrite it for the needs of children and young people and to make it the starting point of a worldwide youth organization that still exists today, based on the experience he had gained in 1907 on Brownsea Island. The scout idea was born. In 1910, B. P. retired from the British army in the rank of a lieutenant general and dedicated himself to the scout organisation he had founded. B. P. spent his retirement together with his wife Olave in Nyeri, Kenya, where he died and was buried.