On the occasion of the FIP Commission's conference on 26 June 2008, the official delegates selected the three best card creations of 2007 according to the regulations of the World Competition of the Best Maxima Cards.

42 countries have participated. The first prize was awarded to Italy, the second to Romania and the third to Brazil and Luxembourg.

The second prize went to Romania for the map "100 Years of Scout Movement". The Romanian Scout Association "Cercetasii Românieri" was founded in 1915 and is one of the 31 founding members of the World Scout Movement Organization in 1922.1920 already seven scouts from Romania participated in the first World Jamboree in London. The first national jamboree took place in 1930, when the number of members had risen to 45,000. The second national jamboree was held in Brasov in 1936. In 1991 "Cercetasii Românieri" was re-established and officially reintroduced into the World Scout Movement in 1993. 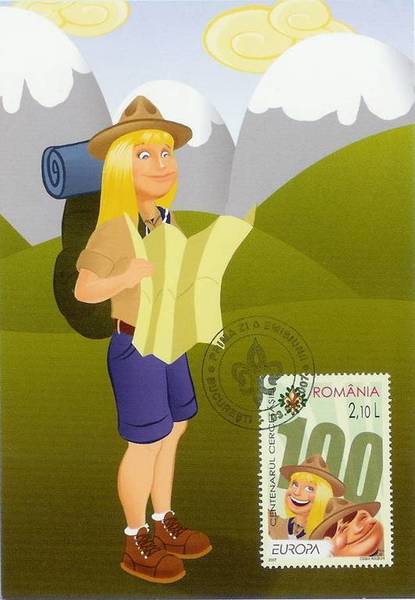 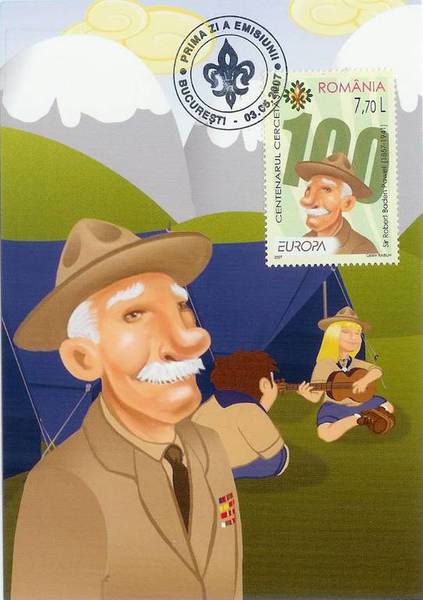 This maxima map, created by the Romfilatelia, shows a good visual agreement and  conveys a message that expresses  the principles and values of the scout movement very well.